One of the biggest risk facing all of us as we drive our nation’s highways are unsafe tractor-trailers. The average person really doesn’t understand just how dangerous they can be,  because they’re not familiar with all of the issues surrounding these massive  vehicles.

In order to protect all of us, the federal government  has  strict rules limiting the number of hours  and operator can drive at one time. Unfortunately,  these limits are frequently ignored both by individual truck drivers as well as by the companies that put them on our roads.

Fatigued truck drivers remain one of the biggest causes of deaths on our nation’s highways.  Large companies concerned about their public image do everything they can to hide it,  but the fact remains that many large companies frequently and repeatedly permit, and sometimes insist upon, their drivers violating federal limits on hours behind the wheel.

The National Transportation Safety Board  has just  concluded its review of the tragic truck crash in which a Walmart truck  crushed a limousine in which Tracy Morgan and others were riding.   the driver of the Walmart truck had been awake for 28 hours straight,  and had driven over 800 miles just to get to work,  where Walmart then put him behind the wheel of a tractor-trailer.   That driver was also speeding at the time of the crash, doing 65 in a 45 mph construction zone on the New Jersey Turnpike.

As so often happens in these kinds of crashes, Tracy Morgan was diagnosed as suffering from a traumatic brain injury (TBI).   These is the same kind of invisible but still life-changing injury suffered by  many of our troops in the Middle East from IED’s.

Only in the past five or 10 years has medical science really begun to understand what exactly is happening in these serious brain injuries.    Very frequently, patients with obvious and significant cognitive problems have brain and head MRIs and CT studies which look completely normal.  This occurs because MRI’s and CT’s create images of  the larger structures in the brain, but in  most TBI’s the damage is microscopic –  massive, but still microscopic.   The nerve cells in the brain are typically very very long  and incredibly thin,  far thinner than the human hair.   When the  skull is  shaken, jarred or hit, the brain bounces around inside the skull, which is very sharp on the inside. As a result,   huge numbers of brain cells can get sheared or broken,   interfering with the brain’s function.

Here’s a link to an article from Reuters addressing the NTSB investigation, as well as a copy of the text of the article itself.   iit’s important to note that the NTSB did not find there was a problem with just this one driver, and instead is recommending that Wal-Mart implement systemwide changes to “improve fatigue management programs for drivers and install better vehicle warning systems for drivers and delivery operators.”

If you’ve been injured in a  truck crash  are any incident involving a brain injury,  you need an experienced attorney helping you deal with all the many different problems you’ll face.  We’re here to help.   call Curran Law Firm at  417-823-7500. 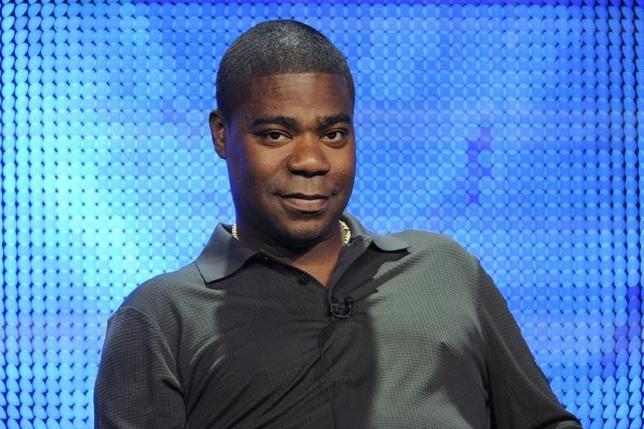 A speeding Wal-Mart (WMT.N) truck driver who had been awake for 28 hours was held responsible on Tuesday for a 2014 highway crash that left “30 Rock” star Tracy Morgan with brain injuries and killed a fellow comedian, U.S. transport regulators said.

The National Transportation Safety Board also concluded in a review that the injuries to Morgan and other passengers were exacerbated by their failure to wear seat belts.

Changes to the interior of their limousine van trapped them inside for some 40 minutes after the vehicle overturned in the June 7, 2014 collision on the New Jersey turnpike, the review board said.

Morgan, 46, suffered a serious brain injury and broken bones and was left in a coma. The “Saturday Night Live” star has not performed since the accident. Comedian James “Jimmy Mack” McNair was killed and nine other people were injured in the chain reaction collision that involved 21 people in six vehicles

In a public hearing, NTSB officials said the Wal-Mart truck driver had driven 800 miles overnight to the company’s distribution centre before embarking on his delivery, and had been awake for more than 28 hours at the time of the crash.

“The passengers … had no available exits until emergency responders removed part of a plywood panel that had been installed between the passenger compartment and the cab,” NTSB Chairman Christopher Hart said at the meeting in Washington.

The only other way of exiting, a sliding door, “had become inoperable in the crash,” Hart said.

The driver of the van was not wearing a seat belt and only one of the six passengers was strapped in, allowing them to be thrown around inside at the time of the impact.

The truck driver, Kevin Roper, faces charges of vehicular homicide and assault by auto and is awaiting trial in New Jersey.

Morgan and some of the others who were injured reached a settlement with Wal-Mart in May, although terms have not been made public.

(Reporting by Susan Heavey and Jill Serjeant; Editing by Bill Trott, Will Dunham and Andrew Hay)